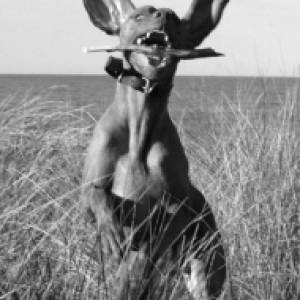 I took Abe to Whittlesea this morning. We left home just after ten and got back just after five. It's been a long day.

He had blood tests first and then a sedative. I nipped out to get some lunch while he was under. When I got back to the vet's, they brought him to me and we hung out in a room for three hours while he became less groggy. He ate some food I'd brought and managed to get outside and have a walk around. He was very wobbly on his legs and his eyes were very droopy.

Anyway, eventually they let us go. He's in his coat in front of the fire warming up now; his temperature wasn't high enough after his anaesthetic. He's still a bit hang dog now, but looking better than he was. I'm about to give him some more food.

When I got home, I wanted to try out some tips I'd got about lighting. My shoot will now be at the weekend, so I have to get the lighting right. This time it's in front of the subject, but tilted slightly towards it, with a reflector underneath. I want to try another set up tomorrow and then I'll decide what I'm going to use for the actual shoot.

Better get on with feeding Abe and the family. Roasted veggies for us tonight.