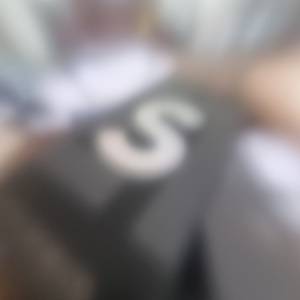 I have long wanted a Cobb Cooker. I fact I have fancied one ever since Lakeland first introduced them many years ago.

Eventually, we bought one. We have been carrying it around in the back of the van for a long time but never had opportunity to use it. Whenever the weather has been right we have either been on a site where fires are prohibited* or we have had plans to eat out. Otherwise the weather has been appalling for months...

We cracked it open this week when we were at Châtillon-sur-Indre. We struggled to light the special "Cobblestone" that fuels the cooker. We had bought these highly expensive fuel bricks for several very good reasons, one of which was the advertised claim that they are very easy to light. It was a surprise and a huge disappointment when ours failed to do its duty, despite our almost emptying a Bic gas lighter in the process. It did get away in the end but dinner was late.

Late, but actually not bad at all. I cooked three courses in the Cobb: a baked Camembert to start, followed by new potatoes baked in foil and grilled belly pork, then a dessert of roasted apricots.

We resolved to use the Cobb again soon but also resolved to buy a blowtorch to ensure swift lighting. This is it, we bought it in Leclerc yesterday and it is a bit of a beast - far more powerful than the one back at home in the kitchen drawer.

It's going to be chicken "burgers" tonight. I'll roast or bake some more potatoes and I think we shall perhaps bake bananas for dessert.

Photos may appear on my IG salardaise account... I could not possibly say .... but the Belly pork got that far.

* The Cobb is sold as a safe option and should be okay to use anywhere with no fear of setting fires. However, I believe it best to respect a "No campfires or barbecues" edict, both out of politeness but also because trying to explain that the Cobb is a safe outdoor oven and NOT a BBQ would be difficult at any time but in a third language, I really don't fancy my chances. It's a fine distinction anyway and not one that I entirely convinced by, myself.