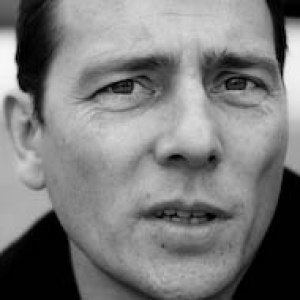 We had a Movie Night at Holly's school. It's a fundraiser for the school. Kim and I volunteered to help out. I got roped in to handle the technical end of computers and PA systems. Thankfully there were no glitches. I was kinda hoping that the movie was of the reel kind like my school days, but I guess that's a bygone era now. It's all DVDs and digital projectors now.

My favourite part of the evening is when we put on some Tom and Jerry at the end, as we had still time to kill before parents came to pick up their kids. It was a complete joy to listen to the kids laugh. The continuous out bursts of laughter caused by a Tom and Jerry cartoon is unique I think. It felt like a bygone era of when movie houses and cartoons were king, just like the Tom and Jerry ones we watched. I wish I had a video camera to record it.

We also volunteered for lunch duty today. That was fun too. Holly was so happy to see us on the other side of the counter, dishing out food. After we stopped serving, Kim and I went out to see the kids at their table and Holly hit me up for some cash so she could buy something at the school shop! That was the first time I've been asked "Daddy, can I have some money for...?". Before it's always been "Daddy, can I have a <such and such>?". Hitting the Old Man up for money and she's only seven. I'm definitely headed for an early grave!

Also had a very satisfying work week. There's a bunch of Villainous guys in So Cal who had a mini beer fest today and I wish I could have been there with them too.

Anyway, have a great weekend all. Excuse the lack of commenting - I'm in my overwhelmed phase right now. I'm only good for vegging in the evenings. I'm sure I'll get back on the saddle soon.

Oh, and some might be interested on how this blip was taken. I used an on-camera flash, bounced off the ceiling, to light the foreground (ie. the kids). Shot in aperture priority mode and set the exposure compensation to about 1 stop under so that the movie screen and lights were correctly exposed (ie. not blown out like they would be at normal exposure). The flash was set to normal exposure with a green gel to make the light match the ambient florescent lighting. Not a great shot but the the point being that you can see the movie image on the screen (guess what movie it is) and the kids watching the movie. Normally it would be one or the other.