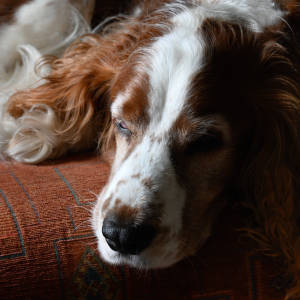 Another grey & misty day. We walked down to the coast and westwards towards Salthouse. The first section was mainly along the shingle ridge, with views inland across the marshes to the village. The marshes are maintained as nature reserves mainly by the Norfolk Wildlife Trust and the National Trust. We saw the usual suspects - shelduck, shovelers, teal, wigeon, egrets, mallard, but were too far away to spot many waders, apart from a lone redshank. After crossing the marsh we climbed up across a field and small wood before dropping back down to the village. The Salthouse village store supplies excellent coffee and cakes, we discovered, which aided the final section of the walk, back to the campsite.

The main Blip shows something we discovered while walking along the track above the village. It had a small label "Monument to Salthouse Mariners, Kevin Lee" and subsequent Googling has shown that it was a permanent sculpture set up as part of a trail back in 2008. It was a cross constructed from reclaimed wood, metal and chains from local sea defences. There's much hidden behind brambles and ivy now. Salthouse is currently cut off from the sea by the shingle ridge and the marsh, though apparently in pre-Tudor times flat-bottomed craft were able to trade along this section of coast.

The extras show Salthouse from the shingle ridge, the view seaward from the track above the village, and a heavily cropped balletic shelduck.