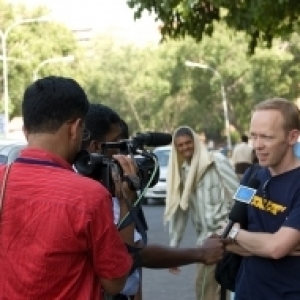 Coca Cola! Against the wall!

My father was responsible for my packed lunches for a while when I was about 10. In fact maybe he did more, he certainly didn't harp on about it like me. Anyway, I digress. I was 'lucky' enough to get some sort of cola-esque drink in a bottle. Lunch would be had at the Meadows before playing football or cricket. Sometimes I guess I wouldn't drink as much as I should. So when my father discovered there was still juice in the bottle, he didn't renew it. The day when I had to drink some of the juice it was flat and pretty stale and since that day I have always hated coca or any other cola. That and a variety of other reasons, like erm this. Maybe my father knew that it would get me off drinking fizzy drinks.