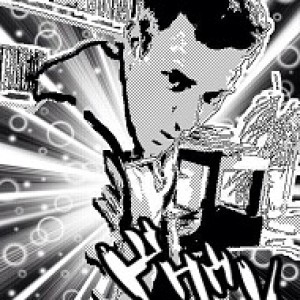 We saw some pretty amazing things today, starting off in Inari in the southern part of Kyoto to see the tori lined paths of Fushimi Inari. I've never seen anything quite like that before.

The it was on to Nara to check out a few more UNESCO sites. We saw the second largest pagoda in Japan, a five storey monster at Kofukuji Temple and the largest wooden structure in the world (yet 33% smaller than the original that burnt down) that houses a great Buddha - Todaiji Temple. The Virocana Buddha's body is about 50ft tall, with the head another 18ft - quite large then. We then moved on to the most lanterned place in the world*, Kasuga Taisha Shrine. It was originally built in the 8th century, and is considered one of the 'Three Great Shinto Shrines' of Japan. Every 20 years it is knocked down and rebuilt on a plot adjacent, always to the exact specifications of the original. The lantern count currently stands at over 3000, some dating back to the 11th century.

However, after all that culture we got to do what everyone really wants to do in Nara - feed (and get mobbed by) the sacred Nara deer. The are 1200 or so of them roaming freely around the place and you can buy biscuits to feed them. The trouble is getting the biscuits any distance at all from making the purchase at one of the stalls - you become really popular, really quickly. Still, at least this shot has a bit of history in it too, that sanmon is the Nandaimon Gate and it's pretty impressive I think you'll agree.

* I have designated it so, there were loads...loads