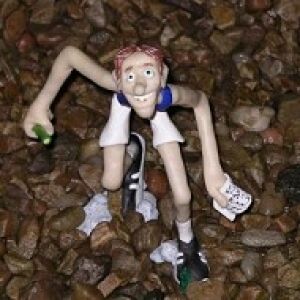 When my parents lived in England, the drive south was all too familiar. Most was dull down the motorway, but crossing the Borders to Abington was always refreshing. The major feature is Tinto, an isolated and shapely hill that always looks bigger than its 711m. Today the trip is just to get A and her friend F to St Bees, to start a cycle ride to Newcastle-upon-Tyne.

Rather than just drive the car back, I had thought of having a long weekend in the Lakes, but the forecast is uninspiring, there is the Penicuik parade on Saturday, and I've still got lots of marking to do.

Common sense has prevailed, and I've decided to stay in Cumbria tonight. Partly to avoid the drive straight back, partly to have a pootle in the Lakes tomorrow, and partly in case I have to rescue A and F. Their first day is 8km longer than they'd thought!