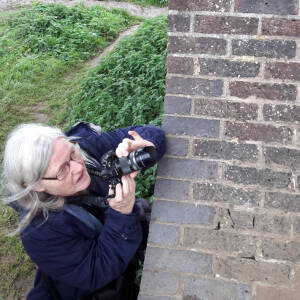 What's left in my house is that horrible heap that has nowhere to go but which I can't quite bring myself to throw away. It's such a dispiriting bit of packing. I forced myself to do one bike-trailer's worth of it then did some unpacking at the other end. And more unpacking, and sorting, and making a table out of boxes I will not be opening until I move back into my house. Then starting to make a desk out of empty crates (damn - the piece of wood I could use as a desktop is deeply buried in my shed).

By the time I was two hours late for a friend's birthday picnic-with-rounders in Witney I very nearly decided to carry on unpacking and sorting. But the party was due to carry on all night and I persuaded myself I needed a break. Hmmm.

I cycled into town to get keys cut for the builders for Monday and just caught the bus. As I got to the common where we'd all been invited to gather, the post-picnickers had just started a rounders game. I was co-opted onto the fielding side and discovered that I can no longer catch or throw balls. Still, the other side were almost all out and it was soon time to show that I can still hit a ball. And run. And fall over my feet. And land face first on the grass. This is quite some expertise - it's less than three months since my last hands-free belly-flop onto the ground - but this time was bloodier than last. I didn't want to hi-jack the party and was perfectly capable of walking over to the cafe to ask if I could wash my face and use a plaster from their first aid kit. Problem was, when I looked in the mirror I saw that my glasses frame had gashed my face. When I asked for a stearastrip they said they'd drive me to the minor injuries clinic at the Community Hospital.

It turned out I was not the only one with minor injuries on a late sunny Saturday afternoon and by the time I emerged 3½ hours later, after an impressively thorough check-up (facial bones, eyes, ears, blood pressure) I had lost the will to party. So I walked to the bus stop, came home and went to bed...

without looking at this view from my attic kitchen. Most of the time I really enjoy it.

NB for those who worry about me, I'm posting this six days later and I'm fine.