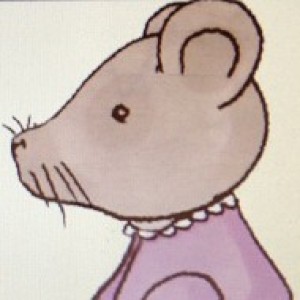 You know some days it's a little amazing to realise that your husband is a little bit famous.

I posted earlier on IG and mentioned that I painted this ork to show enthusiasm when Mr Mouse worked in the design studio of Games Workshop and someone replied saying that would be their dream job, so I went on to mention that he also did loads of work for another company and game called dystopian wars and it turns out that they love that game and on directing them to Mr Mouses website he realised that he had loads of Mr Mouses art which is kinda cool.

Anyway I painted this GW Warhammer 40k Ork a few years ago and I discovered that I do actually like assembling and painting the odd miniature though you will never get me to play, I don't like games where the rules come in book form I much prefer monopoly (though Mr Mouse won't play with me because I always beat him). Of course I have been known to play blood bowl when I was just an ickle girl.

And I am aware that this is probably like a foreign language to some :D