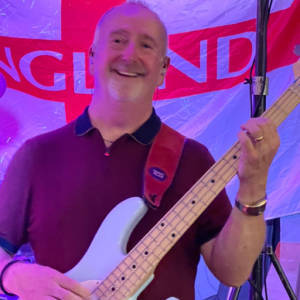 Thank You Very Much

I was thinking that our Christmas Cactus was being a bit premature, until I read that it is also known as a Thanksgiving Cactus - in which case the flowering is spot on!
It’s been another cold and wet day. We went to the gym this morning and then popped into Sainsbury’s to get a jar of mayonnaise. As we went in, the heavens opened so we decided to wander around the shop until the rain eased. This proved to be an expensive mistake, as we picked up several tasty looking things that we probably didn’t really need,which meant we ended up spending about £30 instead of £3. The Banoffee and Cream Doughnut was delicious though!
A phone call from the police this afternoon. Mum has run into the back of someone. No-one injured, but two dented cars and she was in too much of a state to phone the insurance company so the police asked if I would do it on her behalf if they emailed over the details. Not a problem doing that, but I have been trying to persuade her to stop driving for some time now, without success. At 88 years old with dodgy vision and hearing, she really shouldn’t be on the road in my opinion. The policeman said that he couldn’t do anything directly, as no-one was hurt, but he was reporting it to the DVLA, who may demand a medical report or retest. Unfortunately, this could take up to six months and there is nothing legally to stop her driving in the meantime, though the policeman said in his email that he strongly recommended that she cease driving voluntarily now.
Though she is not hurt, she is obviously a bit shaken and I’m hoping this near miss will make her see sense and surrender her licence. But I’m not holding my breath - she is a very stubborn lady…