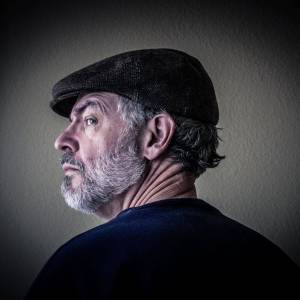 Quite a bit of the U.S. has been under a heat wave lately, with Texas perhaps leading the charge. At my home, this will be the sixth day in a row with temperatures reaching 100F (38C), with at least several more to come. Yesterday reached 104F (40C), and today is setting up to be even warmer. At 0900, it is already 90F (32C), and there's a rare Air Quality Alert here due to the stagnant air.

We're fairly used to heat here, though this is unusual so early in the year. Other parts of the country are also experiencing unusually warm temperatures, and some areas are seeing asphalt highways buckling from the heat.

These temperatures aren't totally unusual for Central Texas, but they are unusual for this early in the season, being much more representative of August. One saving grace is that the humidity has been pretty low; for instance, at 1500 yesterday when the temperature was 103F (39C), the relative humidity was 28%. That sure helps, but it is still warm. The dryness has its downside though; it hasn't rained in 14 days, exacerbating our Exceptional Drought condition (the most serious stage of drought as defined by the US Drought Monitor, a cooperative venture by the US Department of Agriculture, Department of Commerce, National Weather Service, and others. An Exceptional Drought is defined as "Exceptional and widespread crop/pasture losses; shortages of water in reservoirs, streams, and wells creating water emergencies."

These fair weather cumulus are the only clouds - if any - we're seeing these days. They're pretty to look at, but aren't bearing any rain. At best, hugely scattered areas have seen a few "pop-up" thunderstorms from moisture coming up from the coast, but the precipitation they bring is a teaser at best. Our drought has been underway for nearly 2 years, with overall precipitation in that period being well under half of normal. Lake levels are reducing, and several cities have implemented water restrictions.

Austin proper has been even hotter, with 13 of the past 14 days reaching 100F (38C). Our area normally only has 10 days a year of 100F temperatures, and most of them usually occur in August.

These clouds don't necessarily reflect our heat wave, but they're attractive and allow me to grab a quick blip this morning so I can spend the rest of the day indoors with air conditioning...