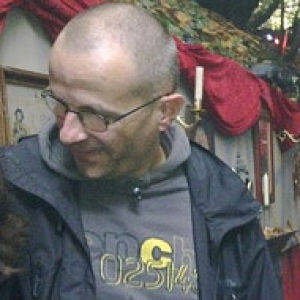 The original photo was taken today in the small North Warwickshire village of Astley. This is an image of Astley Castle. Although not actually a Castle, this Fortified Manor House originally dates back to the 12th Century where it is recorded that the Astley family held the Manor. The manor passed to the Grey family, through marriage during the 1420's. It is during this time that the First of Three English Queens lived in the Manor House. Elizabeth Woodville first lived in the House as wife of Sir John Grey. After he died during one of the battles of the War of the Roses, Elizabeth caught the eye of Edward IV who was about to be crowned King of England. The second Queen to live in the Manor House was Elizabeth of York (Daughter of Edward IV and the now Queen Elizabeth). Elizabeth of York went on to marry King Henry VII. The final Queen to live at Astley Castle was Lady Jane Grey (the famously ill fated Nine Day Queen of England). Even with all of it's history the Manor House feel into disrepair and was put onto the Building at Risk register after it was damaged by fire in 1978. By 2007 after vandalism and partial collapse the Castle was classed as One of the Sixteen most endangered historical sites in Britain by English Heritage. The Landmark Trust have since taken over and restored the Castle with a mixture of luxury modern accommodation while maintaining and restoring the shell of the ruins. Astley Castle is a Grade II* listed building as well as being a Scheduled Ancient Monument. Up to 8 People can now book and stay in the Castle / Manor House in complete luxury and maybe experience some of the history that comes with it.

As always the shot was taken with my iPhone 5. The photo was taken using the camera App Photogene² for iPhone. The original image can be found here: Unedited original Image.

First of all I used the Apple app iPhoto to edit the image. This was done by adjusting the Highlights and Shadows, the Saturation, boosting the brightness of the background in the image and adjusting the Aura of the image. Next I used the app called Photo Copier to apply a reproduction of the tone, texture, grain and detail of the artist Mantegna's painting called - Parnassus. I then used the app Painteresque to make the image look more like a pastel painting, to do this I used the Painteresque 2 filter. Finally I used PhotoToaster to apply the Vibrant FX filter, the Canvas texture and add the Shadow II frame.