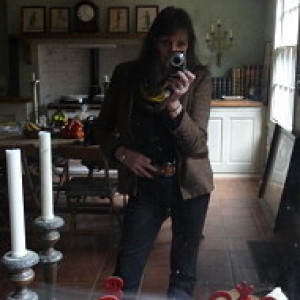 I took a long stemmed white rose (of York) to Fotheringhay today, to commemorate the birth of King Richard lll in the castle there. I wandered round the church, then the ruins by the river. I suddenly found myself in a strange situation, I became 'The Lady who brought the Rose'... I was invited to some lectures and a supper. I met fascinating people, including a woman who bred Arabian horses, and was restocking the princes of Arabia with them. I talked to the Dr who first held the skull of Richard lll in her hands upon his discovery. It was an amazing seven hours. I said as I was leaving that it was such an unexpected thing to happen, after just leaving a flower, and someone remarked that 'It pays to be loyal'. Strange, as Richard's moto was: Loyalty Binds Me.