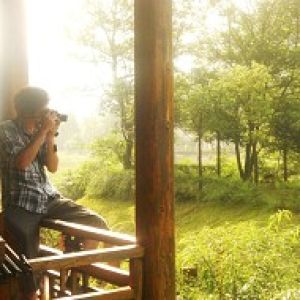 From that rather epic start to the day, staring blinking across an incredibly bright lake towards Volcan Osorno, my birthday continued to prove awesome. A huge fried breakfast was had with some Norwegian, Austrian and Australian girls, followed by a short trip into the office before finding out my lesson was cancelled due to the imminent world cup qualifying match against Ecuador. WHICH CHILE THEN WON, great atmosphere in the hostel as the entire populace was gathered around the tv as Pierre the owner liquored everyone up with a pile of his own beer. After which Marius, a German who works at the hostel, made a point of taking me out to a local salsa night to buy me a Terromoto (Earthquake) cocktail and introduce me to all his friends.


Potentially my very best birthday ever.