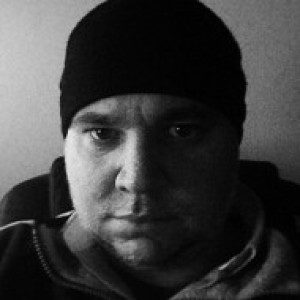 This is Ballast Point Park. And this photo probably needs a fair bit of explanation as there is a surprisingly lot of things crammed into a single photo.

Firstly Ballast Point is a 2.6 hectare area located in Birchgrove at the tip of the Balmain Peninsula in the Municipality of Leichhardt in Sydney, New South Wales, Australia. It is located between Snails Bay and Mort Bay in Port Jackson. I'm taking this photo from the top section and lookout right next to one of many steps to the foreshore.

Far top left are the buildings of Milsons point. The spot I get many blips from.

To the right of Milsons Point.... is well some bridge..... that goes across sydney harbour, it has a really complex name - the sydbney harbour bridge.

In front of the bridge, blocking some of the view is Goat Island a rocky island. some 400 m by 200 m in size. Goat Island lies off the shores of the Sydney suburbs of Balmain and Millers Point, at the junction of Darling Harbour with the main channel of Sydney Harbour. Over the years Goat Island has served as a quarry, convict stockade, explosives store, police station, fire station, boatyard and film set. Today the island forms part of the Sydney Harbour National Park.

To the right is the Sydney CBD. All the buildings etc lit up some 1hr 10 min after sunset.

Blocking some of the city views is the suburb of Balmain East and Simmons Point. The location of some of Sydney's most expensive property. Actually anything on the Harbour is pretty expensive regardless of the views. But the views from there are pretty good.

Edit: Forgot to mention a couple of other points:
a) in large or for the keen eyed - yes a streak in sky is some terrorists attacking Sydney, ooops sorry Mr FBI man. Its a plane taking off leaving Sydney.
b) Red light on top of Bridge is annoying, it flashes, it is distracting, it is a target for terrorists, oops I did it again. It is for safety
c) Red light thingy in the air between Bridge and City is (was) the sydney port control tower,
d) The trees are blurry cause its quite windy
e) the colour of the sky just above the horizon is a bit weird due to the lingering smoke pollution from the fires
f) there is a long streak of light on the water between goat island and simmons point, this was a water tazi, zooming into darling harbour
g) there is also a training going over the bridge, well coming off the bridge heading to the city, its not very obvious.
h) Ferries travel from left to right in this scene and I've gotta run as the next ferry is due in 14 minutes.