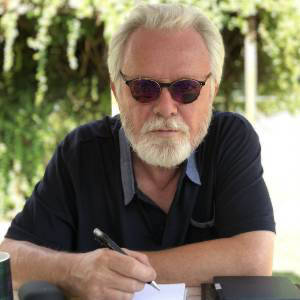 A Man of Letters Amongst His Books

Tonight I met the man who was instrumental in my success as a writer. We had communicated only once before, 43 years ago, when he wrote my first rejection letter. I was just 19 and had made my first serious attempt at a novel. Philip Ziegler had been at Collins for three years after a career in the Foreign Office. But although the letter I received from him in 1971 told me that my first effort wasn't good enough, Mr. Ziegler saw something in my writing that prompted him to pen words of exceptional encouragement. And it was those words that sustained and motivated me in the years that followed, while I endeavoured to get that first, crucial publishing deal. You can read my blog about it, and his letter, here.

All these years later it transpires that we are both being published by the same publisher - Quercus. And tonight I went to meet him at his home in South Kensington. I was as nervous as a kitten. But I needn't have been. What a lovely man, and an absolute gentleman. We chatted for half an hour over a glass of wine and signed each other's books.

Afterwards I walked to Kensington High Street tube station and couldn't keep the grin off my face. The world turns in unexpected and sometimes wonderful ways.