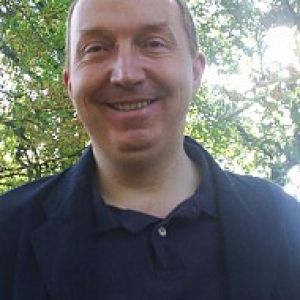 Running rest-day ... and I'm unusually going to blip one of my own poems; from 1989! Think I've only blipped one other, personal poem to date ...

... but this evening, I had the really enjoyable task of speaking at the Venture Scotland Awards Evening - the observant amongst you will remember that I have a very long-standing connection with the organisation, and that's partly why they're the beneficiaries of my Marathon-running exploits: hopefully!

Anyhow, the photo is of me in full-flow at the Awards Evening, and here's a poem I wrote on the 2nd February 1989, whilst on a visit to Venture Scotland's Glen Etive bothy, which sits under the shadow of the mountain, Ben Starav ...

... if you've been there - or thereabouts - you'll know that the area has a beauty (and peace) that grips you, and never leaves you for the rest of your life:

Bothy beneath the Starav,
in shrouded open space
to fill the mind.

Bothy beneath the Starav,
surrounded by grey water
to the eye so kind.

Bothy beneath the Starav,
under such a wide open sky
where silence
is the only sound.

Bothy beneath the Starav,
in your grey smokey rooms
peace
is what I found.

Listening to the Venture Scotland participants earlier this evening, and digging out this near 25-year old poem, has taken me right back to those wonderful, wonderful late 1980's days when I helped out as a founding volunteer of Venture Scotland.