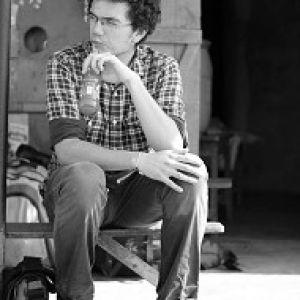 I like the composition, but always find it hard to edit photos like these. The lighting makes it so hard to allow the photo to pop in any way!

Sao Paolo is a megapolis, a jungle of concrete and greenery. In many places, both blend beautifully to make very pleasant neighborhoods. In others, the urbanization becomes overwhelming: skyscrapers of glass and metal mixed with residential concrete towers. It's all very high-speed developing world, there's parallels to be drawn with Beijing visually. On the other hand, many of the neighborhoods, particular the fresher green ones bring me back to the vibe of the streets of Kyoto. Very bizarre. To add to this. the street pavements are cobbled together in the most haphazard of ways, cracked from giant roots and bumpy from bad design. It’s not Uganda where you're likely to fall in a hole if you don't watch where you go, but its not far from it either. Basically, adding to the "melting pot" concept I discussed yesterday regarding gastronomy and the population, the feeling I get from the different areas of SP are also an amalgamation of many, but with the constant notion that you're in an endless metropolis.
Only been here three days though and haven't seen most of it, so you may as well disregard everything I've just said!

After breakfast, I headed to Parque do Ibirapuera, an enormous park in the city. Very relaxing and the place is full of cyclists, joggers, skaters, basketball players, football players and people just walking around chilling. I was catching the iberian vibe really. More interesting was the neighborhoods I walked through to get there!

Then, had lunch with Ambre and Alexandre, her boyfriend, back near her office, before heading off to another part of town on my own. Visited the MASP (modern art museum) where the Manet and Modigliani paintings were particularly impressive. Then headed out onto Paulista, the bustling avenue of skyscrapers. From there, I went down to Oscar Freire, the local Champs Elysees, or more like Old Bond Street really. Didn't have much to do except walk around appreciating the city.

Headed back home and waited for Ambre, before hitting the chicken restaurant across the street. Hands down some of the best chicken ever, and my first authentic caipirinha complemented it well.