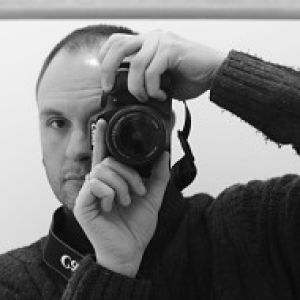 I had a choice of two images for my Blip today. This one might not be the most exciting image in the world, but it is a little different and so for that reason it was my choice.

I removed all of the colours, except for the magenta of the bicycle. I had to play with the hue and tone a little as the red of the fence in the background was coming through and looked a bit odd. The image is intentionally dark to give it an moody industrial feel.


I have removed the rating feature from my Blips as I was a little irritated to see that somebody had trawled through my recent Blips handing out ratings of three stars like they were going out of fashion. If this was accompanied by a comment such as 'I think that your image might be improved by...' or even 'I don't like your image one little bit', then this would be fine. However, to simply hand out poor ratings without so much as a name or a word to go with them is not at all helpful and not at all in spirit of what I would see as the Blipfoto community.