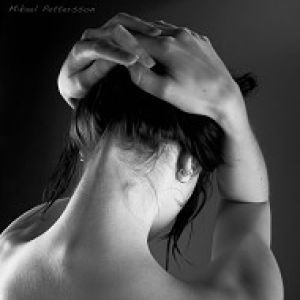 Holding on to your hear with tooth and nail

I will became a Neuropsychiatric Coach next fall, and my training started just yesterday. The training has been very interesting and brought many important ideas. The main thing in this training is to learn to see life trough a positive lens. No matter how hard a thing is, and no matter you have to live with it for the rest of your life - you have to concentrate on the positive, not the negative. We tend to pay attention to all the negative in ourselves and others, and always it's not easy to remember to live trough the positive things. It is sometimes like we wouldn't even see them - we manage to do a thousand things with grate success but notice only the failures.

I watched a documentary once that discussed the attitude towards life and its effects on how our lives are formed. There is a clear link between a positive attitude and positive things happening to you. And of course there is a clear connection between negative thinking and life without positive things happening to you. For example, there is a man, living alone. The man is not an optimist. He things life isn't gonna be that marvelous and exiting. He does his job and doesn't hope for a better life. This man doesn't know it, but by living his life and thinking "Nothing special will ever happen to me" he actually makes his life just as he thinks it will go. This man doesn't open a free lottery ticket that the post man brought him, because he doesn't believe in luck, and doesn't even bother opening the wrapper. He misses the winning ticket, and a free MacBookPro computer. This mans neighbor isn't so sure of the bad luck in life, or the lack of luck. She is a positive woman who tends to play with the chances you'a given in life. She is curious and likes to be a optimist. She has a clear image in her head, that life will be a marvelous adventure for her and full of joy. This woman is naturally more likely to open the envelope and win the computer.

It are also many researches made of whining. People who nag a lot about everything, tend to be more pessimistic and unhappy. Of course, if you concentrate on the negative things in your life - the bus was too full, there is too much snow on the ground, my head is acing, the last bite of my sandwich fell on the floor, the government and the president are making stupid decisions… - you end up seeing only the negative side of everything. Whining makes you a pessimist.

We should take life as a board game, a new board game. We open the box and look inside with an infantile curiosity. We are exited as hell! We organize everything and start to play. Everybody knows they can loose, but it's the game that is the point. It is the journey! The game is played trough with enthusiasm, with joy, with tingling expectancy and with optimism. Maybe we loose, but at least can we say that it was fun!