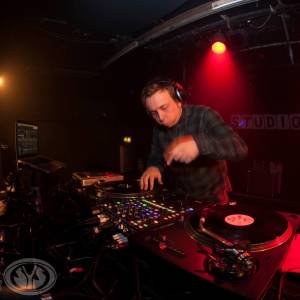 Picture the scene; it's the year 1460, the War of the Rose's (a massive intergalactic conflict between all people called Rose) is in full force, Pedro de Sintra has just reached what will become Sierra Leone and a monk, Leonardo da Pistoia, arrives in Florence from Macedonia predicting 4 years of inner and outer conflict, documented on the pages of an etherial, virtual anthology of of the Second Coming of our Lord and Saviour; Kris Kristofferson.

The double Vs above depict 4 years of Blip (1460 days). The poor model had to pose at around 6am when we really should have been saying our goodbyes rather than me shoving a camera in her face. It's totally Blip's fault.

On all my other Blipstones, I've blethered on about various things, and have done so on the intervening Blips too. So this time I'll just say; if you dig my shit; cheers! If you don't; cheers anyway!

Just can't help myself. Over the past 4 years, since my dad died, I've tried to make changes in my life. I've tried to be happy. I've made lots of mistakes. In the end I think I've achieved that (happiness), but it's been a long 4 years and it's all documented here to a lesser or greater extent, some cryptic, some completely unmisinterpretable. I have managed to recognise my mistakes, reignite friendships with dear friends (namely Winnie), make lots of new friends and generally sort my life and head out.

I've got lots to look forward to this year, Boa Vista with Kate, Los Angeles for my Canadian cousin's Wee Ding, Italia with David, Rose, Viki & PJ, DJing out, and just pretty much life in general. I expect there are plenty more parties to be had too.