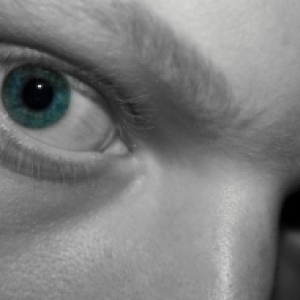 I had planned on going up to Troup Head on the Moray coast on Sunday, but a change in plans meant I could go up today, thankfully the weather was fantastic with not a single breath of wind, so myself and Liz headed up north from Aberdeen.

We actually ended up in Gadenstown first, before driving to Crovie. This grouping of seaside cottages is stunning, we only popped down to see what it was like but we ended up walking along the sea front as I took photo's and Liz spoke to some people, who all turned out to be holiday makers from North England and one woman from Brussels, they all come back to stay in the cottages every year, and have done for the past 40 or so, I also thought it had much more character and charm then the more well known Pennan which is just a few miles down the coast.

We eventually made our way to the RSPB bird sanctuary at Troup Head, the first section led us along to a path over looking the high cliffs, there were several Kittiwake's and Fulmar's flying around, we then made our way further along the coast and were soon met by thousands of Gannet's as well as Guillemot's and Razorbill's, it was spectacular!

After a few hours of peering over the high cliffs, we made our way back to the car and drove to Pennan for lunch then along to Macduff to the aquarium, I have plenty other photos and will add them to Flickr tomorrow.

We then headed back to Aberdeen for some food and more Dexter to round off a brilliant day.