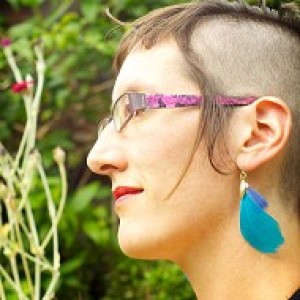 jeni and the beans

Ok so technically I didn't take this, but it's my camera and we asked a kind nurse to take it for us. But this has been the highlight of the day.

My grandma is 97 and has senile dementia. The last few times I've seen her have been a mixed bag really, she's not recognised me, she didn't even remember she had a granddaughter at one meeting.

But soon after Ben was born we went and visited, and she was delighted to see him and we thought back then that she really seemed to have made the connection from her via her daughter and me to Ben.

Today she was pleased to see us, we took a bunch of flowers and Ben had done a painting for her that we made into a card, she was thrilled to bits. Kept asking how old Ben was, but I'm beginning to think that, although she probably didn't realise quite how many times she asked, she was just amazed at how alert and active he was.

He dug balloons out from under the seats, fished out skittles from a toy box, and entertained all the inmates until one by one they were taken off to have their tea.

Grandma recalled seeing him before when he was just a tiny baby and I swear mum had a tear in her eye. She blew kisses at him when it was time to say goodbye, and now we're in the car on our way home he is blowing kisses at me. He is telling me that grandma blew kisses at him.

Moments like we just had are so precious. Between me and my husband we only have her left as a grandparent, and as it is so infrequent that she is with-it enough to know who or where she is let alone who others are it will be a memory to treasure and certainly one i'd like to be able to remember her by when her time comes.