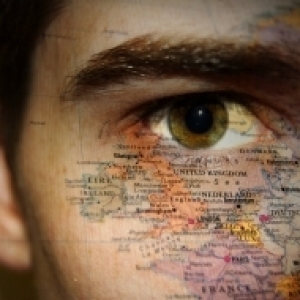 I have long been a fan of the layer work done by Missing, Bluesheep and others but any attempts I've done before have been shockingly bad and not worth posting.

My car is now offically shafted, Could be looking at a new engine ;-( So i have been walking, alot. I'm on annual leave and would get cabin fever just sitting in the house and anyway the weather was good, so camera and tripod loaded i headed off.

There is a whole bunch of layer work (and HDR) work in this entry with the image being imposed over a wooded board (which was covering the windows of the abandoned mental hospital...creepy) and also a sepia version of the image itself (with a little blur for the orton effect and some grain)

I'm not totally happy with it and might rework it later but for now it'll do.

What do you guys think? both as an image and also on the technical aspect; does it work and what could i do to improve it?

Advice/feedback is more than welcome!