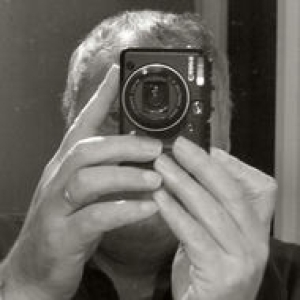 Really annoyed at having to blip this, this was supposed to be a blip from the west coast. Unfortunately we didn't make yesterday evening's birthday do of a couple of friends, thanks to Mother Nature's little joke - bloody snow (recorded by 'er indoors)!

We managed to get as far as Inverary where we had planned to stop for lunch, and talking to one of the locals after lunch it became quite apparent that due to problems at Furnace there was no way we would get through anytime soon, so we headed back over the Rest and be Thankful and home.

As you can see there has also been another significant dump on Edinburgh, roll out the skating rinks pavements.

She who must be obeyed posted her 100th blip today...

A fellow blipper commented that it is "very annoying when it stops normal activities" and that is so true, we both feel like we have lost a month as everything we had planned for late November and December has simply not happened GRRRRRRRRR!