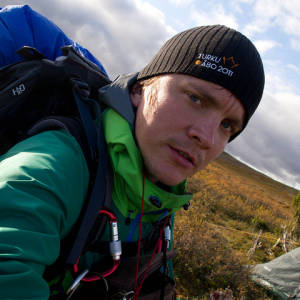 Yesterday there was more than 30 000 people in this area in the openings of the year as the European Capital of Culture.

Ages ago the area was a ship yard - reminder of which the crane is. (Maybe not so) surprisingly the crane had quite a specific role in the opening ceremony. Not that that much happened in/on/around it, rather that I did not see any news without a picture of the crane. It was so beautifully colored with different lights. It also gave rather good contrast to the fireworks.

Today, on my walk by the river Aurajoki I ended up here. Only the last AV equipment still on the scene - otherwise it was as empty as ever. Nothing indicated that there was a huge bunch of people the previous day.

Note: the temperature had risen nearly 20C from yesterday - now it was only -3.