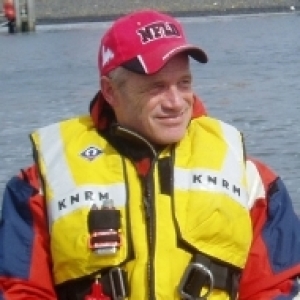 Alesund is a beautiful town with quite a history, read what wikipedia has to say about this town:

In the night of 23 January 1904, the town was the scene of the Ålesund Fire, one of the most terrible of the many conflagrations to which Norwegian towns, once built largely of wood, have been subjected. Practically the entire town was destroyed during the night, a gale aiding the flames, and the population had to leave the town in the middle of the night with only a few minutes' notice. Only one person died in the fire, the 76-year old Ane Heen, but more than 10,000 people were left without shelter.

Kaiser Wilhelm of Germany had often gone on vacation to Sunnmøre. After the fire, he sent four warships with materials to build temporary shelters and barracks. After a period of planning, the town was rebuilt in stone, brick, and mortar in Jugendstil (Art Nouveau), the architectural style of the time. The structures were designed by approximately 20 master builders and 30 Norwegian architects, most of them educated in Trondheim and Charlottenburg, Berlin, drawing inspiration from all over Europe. To honor Wilhelm, one of the most frequented streets of the town is named after him. The town has an unusually consistent architecture, most of the buildings having been built between 1904 and 1907. Jugendstilsenteret is a national interpretation centre, visitors can learn more about the town fire, the rebuilding of the town and the Art Nouveau style. Ålesund is a partner in the Art nouveau network, a European network of co-operation created in 1999 for the study, safeguards and development of the Art nouveau.