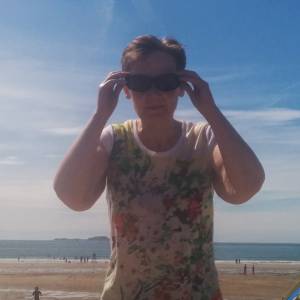 We had a great walk at Shingle Street on the Suffolk coast today. The weather was supposed to be heavy rain. There was no sign of it and no complaints from us.

It's a site of special scientific interest now, and apparently was subject to some propaganda disinformation during the Second World War regarding a failed German invasion.

The River Ore makes its way out to North Sea here and there were some choppy looking 'white horses' to be seen today.

The walk took us along the coast path and then back along the beautiful river bank where a dragonfly landed on my arm. It was great, I've never met such a bold dragonfly before.