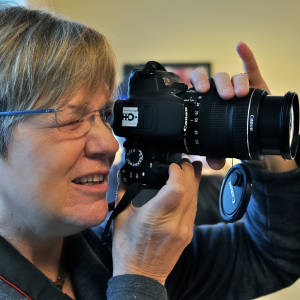 Woke up this morning to a lovely sunrise, and promising skies (which later turned to rain). While I was having my morning coffee and enjoying the pond, out of the corner of my eye, came what I thought was the Blue Heron. As it landed, I realized that it was indeed huge, but it landed right in the middle of the Green on the golf course (a heron would never do that)!! It was huge, but what was it? I got out my binoculars and realized that it looked like a seagull, but I had never seen one this big. It was literally the size of a big goose!! I grabbed my camera as it wandered around the green, and then started heading my way....then down the path right in front of me, over through a group of ducks, and then it took to flight and left.

After I started processing the photos, and trying to identify the type of seagull, I was literally stumped. The black bill, and the huge body, so much didn't fit with the ones in my bird identification book. Then I got online to the "Cornell Site", and found the following note about Hybrid Gulls being a cross between two species. I was leaning toward thinking it was a Thayer's Gull because of it's size and colors, but the note said: "Hybrids between Western and Glaucous-winged gulls are marked like Thayer's Gull, but are LARGER, more ROBUST, and have very thick bills with a pronounced angle on the bottom! I had my answer :)

To see more of my photos of this huge gull, visit my Flickr page!