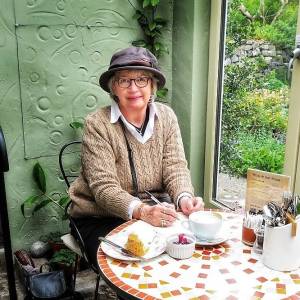 I decided to use the wedding photograph of my paternal grandparents Tillie and Anthony for my Grandparents Day post.  Anthony died long before I was born and Tillie died when I was 7 so I didn't know her as well as my maternal grandmother.  I do have a few memories of her though like playing with the rabbits that she raised.  I didn't realize at the time that they were raised to be eaten but I adored playing with them.  In this case, ignorance was bliss!

I was going through some of my maternal grandmother's recipe scrapbooks and out fell an old photograph of her and my grandfather from around 1914 which I'd never seen before and I've added that as my extra.  I remember hearing my grandfather talk of "Billy", his favorite horse.

The amazing thing about grandparents is how many you actually have!  You focus on the four closest to you but each generation the number doubles.  In just five generations you have 64 grandparents!  Still, it is those first four that touch you the most deeply so today I salute them...Mary and Sherman and Tillie and Anthony!