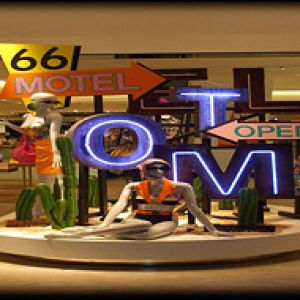 I had an early finish today so went into Manchester city centre to busy some clothes for the Autumn. If not I'd be wandering round in rags and tatters. I knew where everything was because I'd seen the things on previous trips. So it was just a matter of picking them up.

Manchester is gearing up for the Big Weekend of Manchester Pride, the big celebration of LGBT culture in the city. It's a huge event in the city and tomorrow there will be a huge, noisy, fun parade through the city streets. When it was started it was confined to the traditional 'gay' area around Canal Street. Now it's city wide and, as I wandered about, same sex couples were confident enough to show affection and walk hand in hand free of fear of censure. I'm proud of my city for its attitude.

The Marks & Spencer's store had filled their Market Street windows with rainbow balloons.