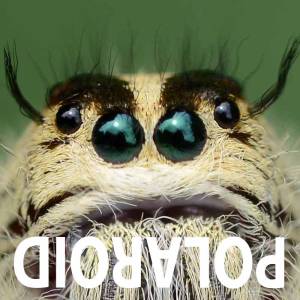 I think I am safe in saying that today's joint blip safari with Esta (Chocolate lover) went quite well - okey then, my best blip safari ever!

It was an early start with the first shot fired off at 06:45. A bit too early for the stream location, as the sun was still hidden by the valley walls, but there was a good chance of some dewey dragons and damsels, but by the time we got to the top rice paddy, the dragons had defrosted.

Despite the early hour, all the insects came out to play. I was able to introduce Esta to some of my regulars, giant golden orb weaver spiders, St Andrews spiders, green striped spiders, jumping spiders, mating stick spiders, crab spiders and dragonflies. Not only is Esta an accomplished photographer demonstrating marvelous technique, Spoke perfect English, stunningly beautiful and not afraid of a bit of mud, but she was really cool with spiders and even the snakes didn't freak her out!

Esta is one cool lady!

As well as the creepies, I was able to show Esta the big black bee, but it wasn't playing nice today, a lizard, hoppers, damsel flies, lots of wasps, a couple of mantids and a lot more dragons. As the sun appeared over the tree tops, the butterflies came out to play. The swallowtails and birdwings were difficult as usual, but there were skippers, sulfurs, psyches, sailors and even a common tiger made an appearance.

As for the snakes, what a shock that was, as we were looking for butterflies. They came out of the undergrowth, wrapped around each other. As I was snapping away, they raised up and came closer and closer. Esta was a bit concerned for my safety and rightly so, as the lenthy five foot reptiles were within striking distance. I really wanted a couple of full length shots of the snakes, but that was just not possible. It was a snapping frenzy and according to the EXIF data, it was all over in less than a minute and the randy reptiles were gone.

After some Googling around, it seems that my blip bravado was sadly misplaced and this is probably an eastern brown, the second most deadly snake in its class. I really hope that I am wrong, please let me be wrong! Scary stuff!

I didn't actually fire off much material myself, being more concerned about showing my guest what a Vodkaman safari is all about. But what I did shoot can be seen on this Flickr slideshow.

I introduced Esta to some of the farmers too, no idea what they talked about, probably about how he pulled me out of the paddy when I fell in! The day wasn't without incident, as the blip monster demanded payment for the snake shots by making me step into a ditch, but just a soggy foot, no harm done.

The last shots were fired off at 09:20, so a respectable 2.5 hour safari. We stopped by the house to drop my camera off and introduce Benny and Lilli, my neighbors and followers of blip. We stopped for some breakfast of bubur (rice porridge) and then I dropped Esta off and we said our goodbyes.

It was a relief to deliver Esta home safely, had I broken her, the wrath of her blip followers would have been too much to endure! I can't wait to see what Esta blips today. Hopefully she will add a slideshow of the safari for your entertainment.

Here's a link to Esta's blip for those interested, well worth a visit.