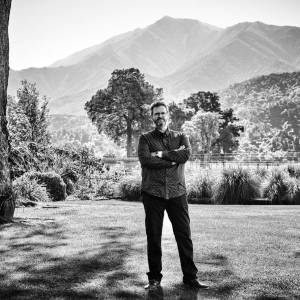 ANZAC Day was commemorated on the 25th, but on Friday I stopped by the War Memorial in Geraldine to capture this photograph.

On my way home from Christchurch on Thursday I passed through Leeston and Rakaia - both small towns but settlements with dozens of crosses surrounding their memorials. What a price to pay, a whole generation of young New Zealanders cut down in their prime.

New Zealand had one of the highest casualty rates in the first World War - nearly a fifth of the almost 100,000 men (9% of the total population at that time) who served made the ultimate sacrifice for their country.