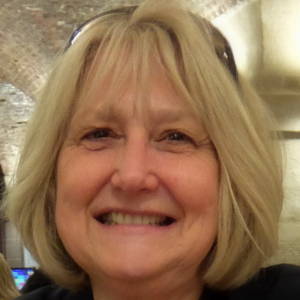 Founded in 1851 by William Marsden MD
Dr Marsden, deeply affected by the death of his wife Elizabeth Ann from cancer, resolved to classify tumours, research the causes, and find new treatments. The hospital, initially located at 1 Cannon Row, Westminster. consisted solely of a dispensary and the drugs prescribed were palliative and aimed at treating symptoms, but it allowed Dr Marsden the opportunity to study and research the disease.
The hospital quickly outgrew its original premises as it became apparent that some patients required inpatient care. It moved locations several times during the 1850s until its benefactors decided to find a permanent solution. In 1855, the board obtained the patronage of Baroness Burdett-Coutts, whose loan of £3,000 made it possible to purchase the Fulham Road site – about an acre of land. Architect David Mocatta drew up designs for the hospital and the foundation stone was laid by Baroness Coutts on 30 May 1859. The hospital opened to patients at its new site on Fulham Road in 1862.
It is a beautiful building!

I visited Gail here today and can only say she is receiving a truly amazing level of specialist care from a very dedicated and caring team of doctors and nurses.

Gail's operation was pretty major and she is taking time to recover. She has been left with some long term extras which will make life a bit more complicated for her even after her myeloma has been successfully treated. She was in the hub of the CC Unit when I arrived, but after the doctors did their rounds, was moved to a quieter, single room, still in the CC Unit and she will be there until her surgeon is ready to return her to Sutton. My extra (with her permission) is Gail surrounded by high tech equipment with all flashing, all buzzing screens, pumps and monitors.

D had travelled up to London with me before making another visit and we had a coffee in Peter Jones and Christmas is well and truly in the store. The view from the 6th floor restaurant is amazing, overlooking the rooftops of London towards Knightsbridge.... something to return to to photograph.

After leaving the hospital, I walked along Sidney Street and back to Sloane Square tube station, then to Victoria and eventually home. I hit the rush hour so gave the bus a miss and walked the last mile or so of the journey.