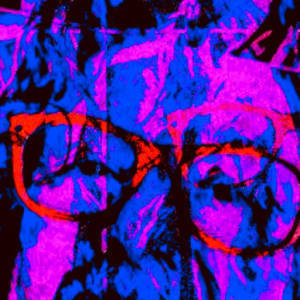 In Curzon Bloomsbury, film* (Happy Lazzaro) about to commence.

Image of flowers in friends’ Pinner garden today, through the filigree metalwork of a stork figurine. Despite the ‘distortion’, maybe you can just make out the red flower.
—

Update:
*A bizarre film. Revolves round the life of a peasant group who are basically slaves to an aristocratic family, and don’t know any better. And dwells on Lazzaro, the main protagonist. A generous, but ingenuous young man.

The story is loosely based (in the modern day) on:-
“The Gospel of Luke (Luke 16:19–31) tells of the relationship, during life and after death, between an unnamed rich man and a poor beggar named Lazarus”. (Courtesy of Wikipedia).

Typical arts cinema film. Have been left with much to think and read about, comprehend, revisit. Poor, humble, simple, abused Lazzaro will haunt me for a while. Not for everyone, but yes, pleased to have been.

——
Thanks Ingeborg for hosting Abstract Thursday with the theme distortion.