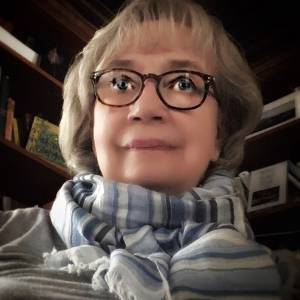 An amazing day in Dublin visiting Trinity College to see the Book of Kells and then off to Epic, which is the museum of Irish Emigration. I had seen the Book of Kells before but it still took my breath away and the Long Libray was, again, jaw dropping. But I must say, Epic was really beyond belief. My main photo is from the beginning of the exhibit, which was a series of rooms below ground in an old warehouse. It depicts the evolution of transportation, from simple boats to jet planes. It was a multimedia, interactive extravaganza and it is not to be missed if you are ever in Dublin.

Extras of another part of Epic and the library at Trinity and an illumination from the Book of Kells to give you a feel for this masterpiece. Written in 800 AD, the colors are as vivid now as then.