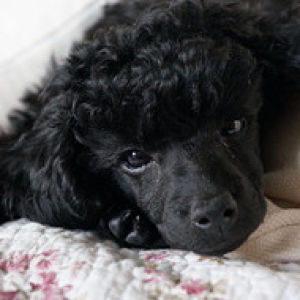 Today was a good day, so we decided to go to the sourdough bakery in the countryside. If anyone doesn’t know, it’s one of our favourite places, and mum is a big fan because they have a real Finnish wood fired oven. And very nice bread and delicious, uncomplicated food made from local products.

We arrived early but there were already lots of people there for lunch. Since we sit outside (no poodles inside) that was all right. We had tomato soup from fresh tomatoes, bread with goat cheese and, most importantly- a cinnamon bun! Because today is the National Cinnamon Bun Day! Many people observe it by eating a bun and so did we.

I always like to jump up on the stone pillars in the back yard. I did wear my sweater because it was chilly. But we were lucky because it was sunny while we had our meal.

We then went on to have a walk along the canal with the locks nearby. Great day!

The bun, me on the wall and by the canal in the extras.