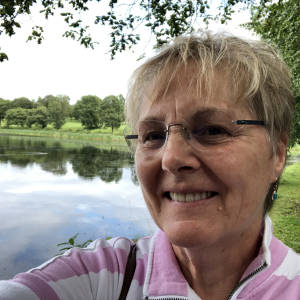 A glorious day for a morning walk.

We set off this morning to do one of my particularly favourite walks in late spring. It meanders through a wood filled with bluebells.
It entailed a 20 minute car journey to the starting point, where we parked in the pub car park, the pub being still closed, and set off down a leafy lane.
Dappled light and bird song, warm sunshine and blue blue sky.
The initial stages entail a way-marked field path where the yellow rape is in flower and wide open views across farmland. Hawthorn hedges awash with white blossom.
Cow parsley, may flowers, red campion and cowslips along the way.The rutted ground was so dry it was a if we were putting our footsteps onto rippled stone.
Eventually we arrived at the entrance to the wood, where the track meandered under the trees, occasionally having a fallen log across it.
The sunlight filtered through the canopy.
It was heavenly.
A carpet of blue punctuated with nettles and brambles, ivy and parts of decaying old logs.
It is such an English scene, to me.
Bluebells in spring.
A hidden pool, partly covered in green algae.
I could have sat on a log there for hours, just listening and drinking it all in.
Back home for a late lunch.
As I write this it is almost 7.00 pm, and still warm and sunny outside. The patio door is wide open.
Late afternoon I had an hilarious session trying to help one of my friends, R  up the road, access Skype for the first time.
This involved another friend who lives across from her contacting me on her own Skype to say could I ring R on hers to see if she had managed to use it.
Eventually with a lot of difficulty, the first friend breathlessly appeared, but I could only see her carpet!
I had to try and give her instructions to get the picture the right way up, and eventually this was accomplished.
The other one had been put on hold accidentally whilst all this was going on, and when she appeared, she was pleased that R had managed to use it.
I burst out laughing as she asked me " Could you see her moving and everything? And hear her talking?"
In the meantime I explained if we wanted the three of us to have a Skype conversation I needed to set up a group chat.
This I then did, and rang R back on Skype to say we would have a trial  in the morning at 10.30am. The top of her husband's head then appeared and a large part of their ceiling,
" Oh",  he said "Viv's back ".
They too had accidentally been put on hold and had been waiting for 10 minutes or more for me to reappear!
I am certain there will be similar stories up and down the country as we all try to reconnect, especially those who do not use social media very much.
So the big test is at 10.30 am tomorrow. I wonder what will happen then?!
I feel exhausted after all that, so I'm off to wind down by watering the garden.
The blackbird is serenading us from the rowan tree.
A couple more photos in extras.