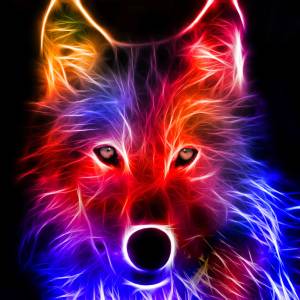 Sights from my Bike Ride

I finally got out early enough to beat the heat.  By the time I got home at noon the clouds had burned off and the temperature was rising fast.  It was an interesting ride...  I started out with a plan for a 20 mile ride on paved roads but I took a detour that looked more interesting.  I rode to a County Open Space area and followed some of the trails (more like dirt roads).  At the top of a giant hill that was even hard with the peddle assist, the trail split.  I chose one and, after about 3 miles, it came to a dead end.  So I rode back to the split and took the other trail.  I got to the top of another hill and the trail went down a long hill.  I assumed there would be a way back to the main road at the bottom, so I decided to go for it.  Well, there wasn't!   I came to a gate across the trail that said "End of Open Space", but the road continued on the other side of the gate.  I really didn't want to ride back up that long hill, so Trixie and I went under the gate.  By then I was really in the middle of nowhere.  It didn't help that it was overcast and I couldn't see the sun for direction and I didn't have cell service for GPS.  So I just kept riding, hoping that I was going in the right direction to find a main road.  Finally I saw someone in a car on the side of the road and asked for directions.  It turned out I was only a few miles from a big road and would have found my way there eventually. What an adventure!  I was never really lost because I always could have backtracked but the farther I rode, the less I wanted to do that.  I only went 7 miles further than my original plan and it was a lot more interesting!

The good news is that it was a really beautiful ride through lush farmland after I left the Open Space.  I didn't take many pictures but I still wanted to make a collage.  The bird on the upper left is a Lark Sparrow.  I don't think I've seen one before.  The upper right is part of the trail from about the middle of the first big hill.  The pink roses grow wild.  I always look forward to seeing them around the area in June because their fragrance is heavenly!

I am grateful that I was going the right way, even without the sun or GPS.  I always say that I have a bad sense of direction but now I will have more confidence.....but maybe I should carry a paper map, just in case. ;-)

Thank you to everyone who visited my journal in the past few days and for all the stars and hearts!  xx