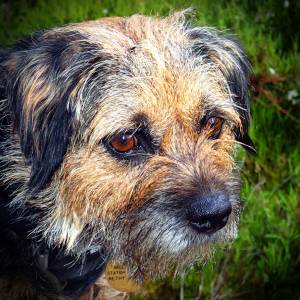 The Pitsligo Parish War Memorial was built around 1922 on the Cairnhill, the highest point of the parish. This site was controversial because reaching it involves a walk of about half a mile from the village but it does mean that the memorial could be seen from the whole parish and from out at sea. Originally the tower had crenellations and it was possible to go inside to view the memorial boards which were later removed to Rosehearty Church. They have since been replaced by external granite slabs with the names of the fallen of both World Wars. They include the 11 fatalities of the 1942 air raid on Rosehearty and of the mine disaster of January 1918 when a mine drifted into the harbour and exploded killing 8 men and boys.