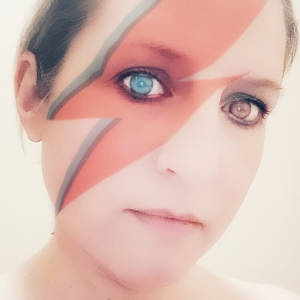 Seeing as it's Autism Awareness Day/Week/Month I've decided to talk a little bit about autism.

Today I thought I'd kick off with a couple of things to avoid saying to an autistic person. The first being the BIG ONE, the dreaded "Everyone is a little bit autistic." Don't get me wrong, I know it's usually meant to comfort someone or to make them feel less alone but it's incorrect, comes across as patronising and completely diminishes the daily issues an autistic person may face. The best explanation I ever read was someone who compared it to saying to a pregnant woman, "Everyone's a little bit pregnant." You wouldn't say that because it would be ridiculous, right? Women (and men!) may have some pregnancy traits (sickness, cravings, swollen ankles, weight gain etc.) but that doesn't make them pregnant. Also it's worth pointing out that it may have taken a huge amount of courage for an autistic person to tell you their diagnosis. It's belittling to make them feel like everyone is in exactly the same boat.

Seemingly, saying to an autistic person, " You don't look autistic", although probably said to be kind is also derogatory. Autism doesn't have "a look". Most autistic people 'mask' to fit in and appear neurotypical too, which is exhausting and gradually gnaws away at a person's identity. I know it did mine. Imagine playing a character in a play for 10+ hours a day, almost every day.... whilst battling anxiety, communication difficulties and sensory issues. It would be pretty exhausting wouldn't it? And that is the reality for many people with autism.

I might talk a bit more about living with autism throughout the month... it may not be of interest to a lot of people but who knows. Anything that raises awareness has to be a good thing. I'm comfortable with my diagnosis now and happy to talk about it.

Hope everyone has a happy (and safe) Easter weekend. I've already eaten my chocolate egg (ate it about a week ago... oops!) Hehe :-)