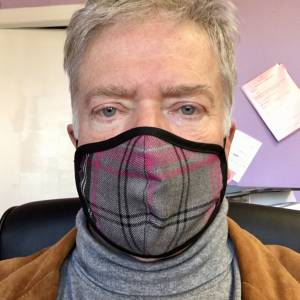 It was another day in the Office. Another quiet one, but busy.

I am starting to dread what happens when the Boss gathers the courage to deal with his incoming emails.

After work I got out into the garden and cut the grass. It has gone berserk after weeks of being stunted by dry weather and overnight frost. Same with the weeds, of course, but they will have to wait until my weekend comes along.

Talking to Junior on the phone. He goes back to work properly tomorrow for the first time since… October, I think. In effect he has been working a bit in preparation for the place re-opening, but I am sure going live with actual customers will be a big thing.

Another was talking to a former colleague and party member/activist who was walking past the Office when I opened to door to let fresh air in. He has worked for 3 MSPs (including the Boss) and was a reliable volunteer on every election campaign.

He too knows the inside story of what has been going on at the top, so resigned and voted for another party. He has encountered a lot of venom as a result, and I could see he was very relieved to talk to someone willing to take a mature and intelligent approach (can I say that about myself?) and respect someone’s right to see things differently.

Why burn bridges unless you have to?

The Blip is just the spring sunshine as enjoyed (briefly) at the front door of the Office.