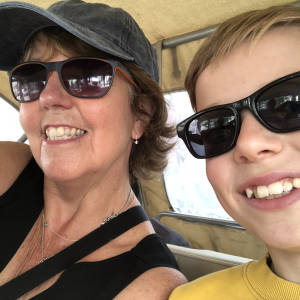 Thankfully got a packet of digestives for the Tiffin I’m making for my daughters Macmillan fundraiser for cancer tomorrow at her work.

Any Brexiteer reading this care to list benefits of it? We’ve now got a massive shortfall in Carers in Nursing homes and forecasting a shortage of petrol soon. The list goes on……. The energy crisis, NI contribution rise next year, possibility then of a rise in interest rates, inflation rising….. it’s a shit show as we trundle along with a clown in charge, and his Merry band of idiots all trying to sound intelligent but failing.

Ben was here later with talk of his teacher (best ever) on their music lesson putting on some dance tracks and letting them get up and dance to the tracks. We had a demonstration and to the music she played which I have no idea what it was. The teacher does have a 13 year old so she’s more into the new stuff than I would be. Good fun. More poker too which Ben beat his Papa as I was seeing on MORE BADGES to the dam scout shirt, which is fireproof which is prob why it’s so bloody hard to get a needle through! And why would a badge be added to a pocket????? Jeez, my poor fingers!