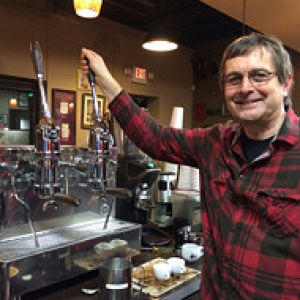 We arrived in Portugal after spending the last 4 days completing the rather daunting 1975 kms, but having enjoyed most of the experiences we had in France and Spain.  This morning I looked out at 7 am on our campsite for the night and was able to see the crescent moon as well as the rest that is normally invisible (See Extra).  The Spanish countryside was an interesting mix of plains and mountains, with some steep and windy roads, but the motorways made traveling very smooth.
On arriving at their house, Mike and Daveen had already prepared delicious G and Ts for us.  Mike helped us get the Duke siutated and then we were off for a walk, during which this scene begged to be captured.
Good tasty meal with Mike's bread,  sauteed peppers and other goodies and good to be chatting with people who know us as well as anyone.  It is also great to be in one place for a few days.