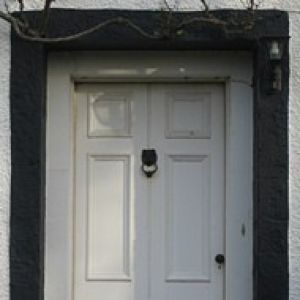 Today's weather was such a relief from yesterday - bright from the start and mild too, although the wind did pick up a bit later. It was perfect for assembling the remaining three raised beds and then installing them in the vegetable plot. We're pretty pleased with the result!

Late afternoon we headed to Glasgow to meet friends for a pre-theatre meal before heading to the SECC, where the last run of the National Theatre of Scotland's award-winning production of Black Watch was being staged in this big industrial barn of a place with notoriously bad acoustics (Echo and the Bunnymen were playing in the next hall). However, the staging was perfect for this piece of theatre - a rectangular area with racked seating either side - much more appropriate than a traditional proscenium arch theatre.

As for the play itself, which was first staged in 2006: a brief history of the ancient Scottish regiment, its experiences in Iraq including tragic events in late 2004; the plan to amalgamate it with other Scottish regiments and a forward look to the current mission in Afghanistan. It gave a real insight into modern soldiering and its comradery, laughs, fear, bravery, devastation and despair. We had read in this morning's newspaper that last night's show had been cancelled because several of the cast were ill. Well, if they were still suffering, it didn't show. A physical, emotional and funny show, gripping and engrossing throughout - not one person left their seats! The standard of performance was simply brilliant and the timing perfect. The cast of 10 received a well-deserved standing ovation at the end.