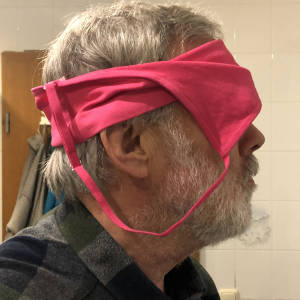 (I hope Mr. P will not see this picture, it would give him more barbaric ideas.)
During my bike ride today (just a bit more than 40km, to get a good feeling again), I came through the outer part of the wildfire remains; the wildfire I mentioned before. I wasn't in the centre, I am not even sure whether that would have been possible.
Fire hoses were still lying besides the path I rode on, sometimes double, some even still filled with water. Many kilometres of hose. Once in a while I saw some hoses that suffered too much.

For the statistics: 45 ha (111 acres) were destroyed. Over 4,500 people helped to stop the fire (successfully). 615 vehicles were used. 36 kilometre of hoses. Three helicopters. One of these poured 450,000 litre water over the fire. (Note: some farmers came with their water cannons, enabling the fire workers to throw the water over 50 metre into the fire.)
The fire was lit by some moron(s).
And yet, this was not the biggest fire these days in Germany. Or in the whole of Europe.