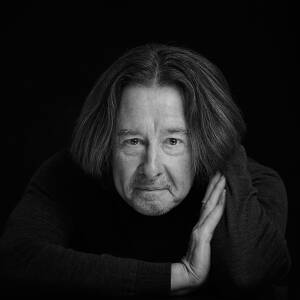 Did you think it was a twig from the thumbnail?

We've had another common darter couple mating over the little back garden pond this afternoon.  I didn't manage to get a satisfactory shot of the pair conjoined in the air, but here's one of the female ovipositing over the pond.

I spent this morning at the local hospital's surgical assessment unit which has established several of the many things that I don't have wrong with me.  The good news is that they I don't have gallstones or a gall bladder problem - so I don't have to give up fatty foods .  The bad news is that further scans are required to establish what is causing the continuous pain (liver cysts seem to be the most likely culprit).   I feel rather like the character in Three Men in a Boat, who discovers a medical encyclopaedia and promptly decides that he has every ailment in it, save Housemaid's Knee, and concludes that he hasn't long to live.  I'd settle for Housemaid's Knee to be honest (which was of course, rather the point of the Jerome K Jerome joke).

But in the meantime, I am continuing to try to take it easy and dose myself with regular paracetamol.  I'm going to try switching comments back on to see how I get on in re-engaging with blip.