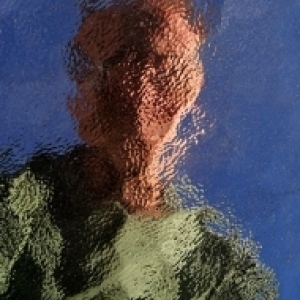 Ghost in the Machine

Here inside the Capsule are various Computer Output Displays which me and my Co-Pilot keep our eyes on.

Nothing ever happens, accept today one of the C.O.D.s glitched, beeped and froze up displaying a scramble of jumbled numbers and symbols.

It caught my eye cos from a distance, or if I narrowed my eyes I could have sworn I saw a face among the jumbled green figures.

This became the topic of the day between my Co Pilot and me, who does seem to be attempting civilized chat with me following his outrageous behavior since the Super Nova.

Still feels like I'm treading on egg shells with him though, so I didn't argue my point to hard in case he went off on one again.

I'm still sure I can see a face on the screen, maybe it's like looking up at clouds though, some people see it, some don't.

Anyway, I must again study the Mission Manual to find out how to fix the Computer Output Display. We might need it for something important.

This is part 6 in a series. To see all episodes, do a search for "xsupernova"