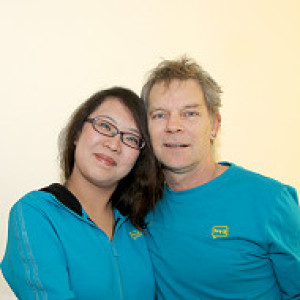 As you may know from the past few blips, it's been snowing. I have no idea how they get rid of the snow in other places, but here in Shenyang, they use salt on the major roads and sweep/shovel it to the side of the smaller roads. People also sweep/shovel snow from the footpaths onto the edge of the footpath and then this group (and I am sure many many others around the city) moves in.. They have a convoy of small, three wheel bikes with a tipping carriage. One group shovels the snow into the bikes, another group pushes or rides it to the spot in the blip and then they tip the snow down the sewer. I looked down the open manhole and the 'water' in there is steaming hot, so the snow melts very quickly.

Tomorrow morning the snow will be all but gone from the sides of the larger streets and then I suppose they will move to the smaller ones.

There must be hundreds (if not thousands) of people doing this tonight.