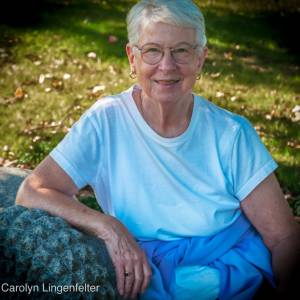 I wasn't sure I would get a Friday Face from the park today because it drizzled all morning. Happily, as I was finishing my lunch, the sky brightened and the rain stopped. Grabbing my camera, I headed to the park where I spotted two men in conversation, and next to them was a very large and handsome dog. "Perfect!" I said to myself. "Now if they will just be willing to take part in my Friday Faces project, it will be a good day." As you can see, they were willing. Blip honors go to Rich who was more than willing to pose and talk. I think he may be quite the talker, and he seemed particularly interested in UFOs, causing Jack to comment, "There goes the conversation!"

And if that wasn't enough serendipity for one afternoon, I also scored a delightful picture of Jack and his dog Cobra for my Dogs and their People gallery on SmugMug. As I think I mentioned in my journal yesterday, I particularly love to take pictures of dogs. When a dog is small, I will ask the owner to pick it up. That wasn't possible with this big dog, so I asked Jack if he would kneel next to Cobra; then I got down on their level, and I could swear that Cobra almost smiled at me as I snapped the picture. I hope you are curious enough by now to click here and see the portrait of Cobra and Jack.

Many thanks to TrikinDave for sending me the link to a tutorial on split toning in Lightroom. I have given it a go in this portrait of Rich. It's the first time I have tried split toning, so feel free to let me know what you think. It's all part of the learning process.

Weather update: As I sit in front of my computer posting these pictures, rain is pelting down and thunder is rumbling. I am just very happy that I went to the park when I did. As I said, it was serendipity!